Steamboats or hot pot is great for those who prefers to cook for themselves in a group. My favourite steamboat restaurant has used to be Happy City Steamboat Restaurant but now my absolute favourite has got to be the shabu shabu at Kurata Japanese Fine Dining. Here are the steamboat restaurants which I like in random orders. If you have a different list, tell me all about it. I would love to know them. 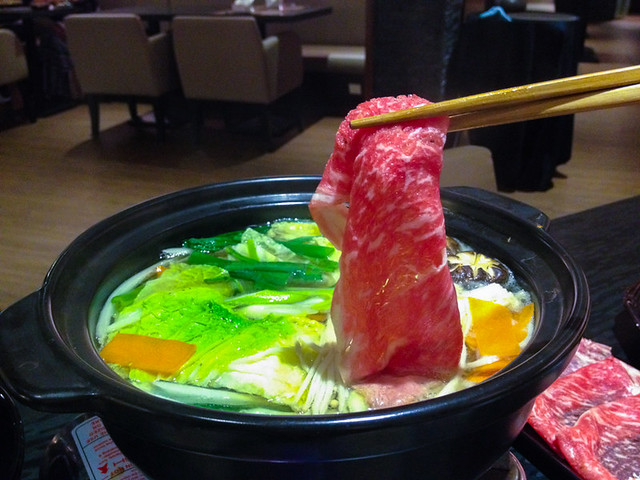 Expect nothing less from Kurata Japanese Fine Dining Restaurant and be prepared to be blown away. From only RM120 nett per person, this ala carte shabu shabu promotion is in my very humble opinion, the best in town. This shabu shabu buffet promotion starts from 6.00pm to 10.00pm (last order) and will last until the end of 2015. Just look at these delicious-looking slices of wagyu. You are definitely missing out if you don’t try this during their promotion. 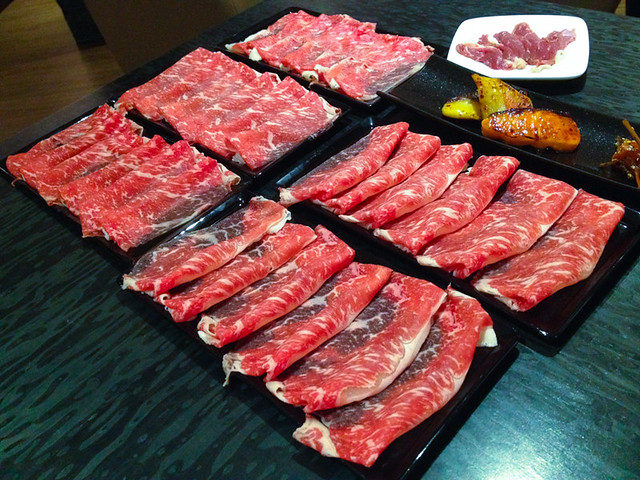 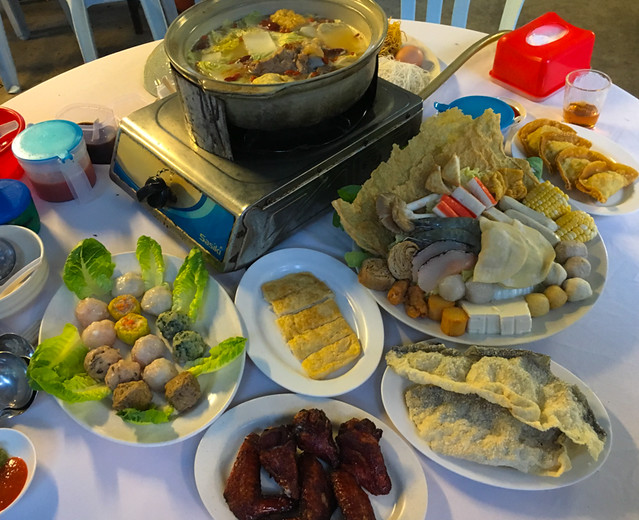 I wasn’t aware of the existence of this steamboat restaurant until recently. PoPo Steamboat Cafe is located at a quiet corner of an industrial area called TSI Business & Industrial Park – somewhere after the row of shophouses at First Residence Kepong.
What separates this restaurant’s steamboat is that they serve customised soups for each table unlike other steamboat restaurants which offers soups boiled in large pots and thereafter kept in kettles to make it easier for refillings which are normally shared by table. 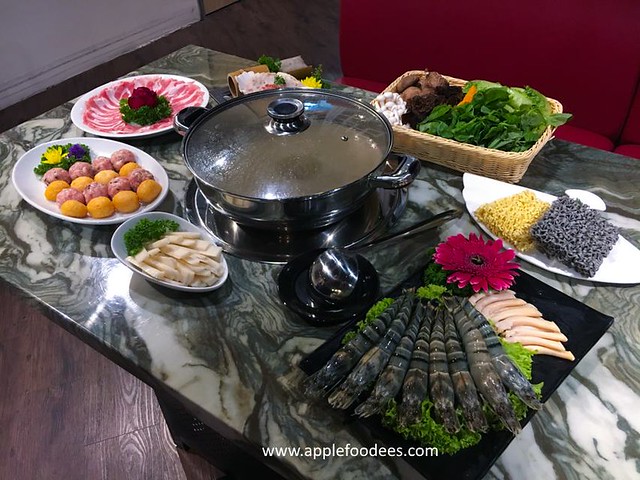 Yezi Steamboat won many awards for its outstanding soup, outstanding dining experience and etc. during the recent Malaysia International Gourmet Festival (MIGF) award and they deserve it. I love their soup and the fact that they only use fresh premium ingredients.
Read more: Yezi Steamboat Mont Kiara 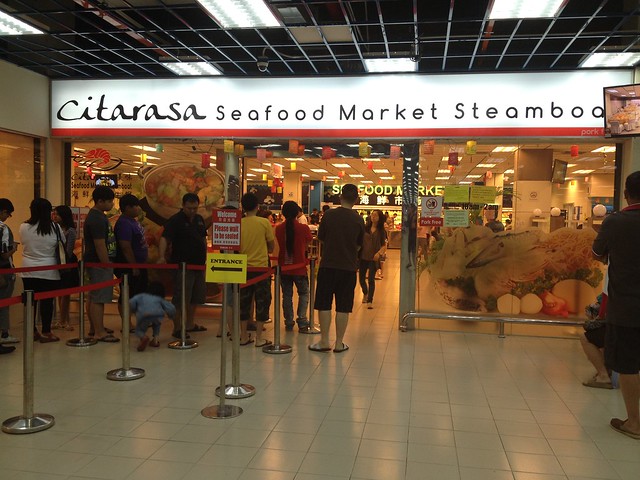 Of all the steamboat restaurants in the Klang Valley, Citarasa Seafood Market Steamboat is probably the only one which adopts the market concept whereby customers are given the choice to choose their ingredients before the ingredients are sent to their respective tables. Yes, the ingredients itself and not the ones you choose on printed menus. How cool is that? 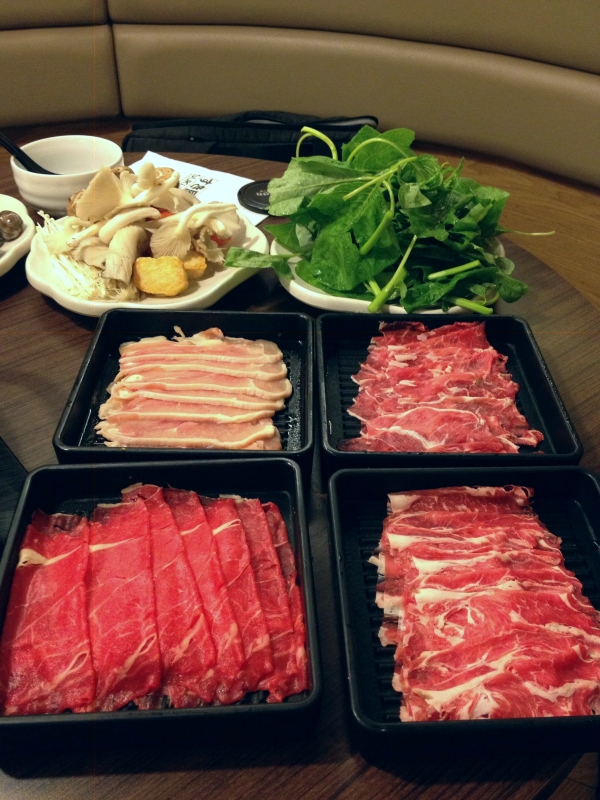 Japanese Restaurant, Suki-Ya is an eat all you can sukiyaki and shabu shabu located at Mont Kiara. Order anything from their a la carte menu and take any additional raw ingredients and also cooked food at their healthy bar. All this for only RM38.90 per person. What separates Suki-Ya from the rest is the freshly sliced meats that they serve. You may order as many plates as you can eat and there are no extra charges. If you are to do the same elsewhere, it can cost a bomb. Any steamboat “makan” session will not be good if the ingredients are not fresh. What differentiate from one steamboat restaurant to another is it’s ingredients. For a long time, I have been to many steamboat restaurants around Kepong and so far the best for me is Happy City Steamboat Restaurant. Today, I have found another close competitor to Happy City, that is Hao Jie Steamboat Restaurant, which is located further down the street from the former. This is my second time dining at HoHo Steamboat Restaurant. Previously, we had tried HoHo’s steamboat in Menjalara, Kepong. So this time, we decided to venture further and went to their other Segambut branch. Just like their Kepong branch, they serve the same thing. You can’t go very far in terms of ingredient for a steamboat place like this. Prawns, slices of fish meat, tauhu, some processed meatballs and cabbage are some of the usual ingredients. The Segambut branch serves also fresh crab with roe. This is quite unique as we don’t see this available at any other steamboat restaurants. I have been going around for steamboat recently and Lin Yuan Steamboat Kitchen is one of them. One this special about Lin Yuan is that, not only they serve steamboat meals they also serves chinese cuisines such as crabs and etc.. Lin Yuan also claims that they do not add any MSGs in their soup base. Tai Tao is another steamboat restaurant in Kepong and I dare to say that this is a favourite to many especially the locals. When we arrived at the restaurant at about 8pm all the tables were taken up. This is the only steamboat restaurant which I have seen to have customers waiting even though there were no free tables at all. Lucky us, we just had a wait short wait thanks to some considerate customers. These 2 dropped off the radar. Our recent visit was an invitation to a Food Bloggers Gathering Night at Nagomi Shabu-Shabu Sushi Bar at Menara Hap Seng Kuala Lumpur. Located at the heart of Kuala Lumpur, the place was easy to get there and are located at :-
Suite 1-19, 1st Floor, The Podium
Business hour is 11.30am – 10.30pm daily
I never knew what Shabu-Shabu means before I went there. I am pretty sure there are many people like me out there. Well, its great that Nagomi actually give out fliers notifying the meaning of Shabu-Shabu to all guest which was a plus point for them I must say. Well here goes, Shabu-Shabu is actually a Japanese variant of hotpot dish, usually served with thinly sliced beef and other ingredients, cooked in a hot pot of boiling dashi (broth) made with kombu (kelp). Last week, we took a ride to Damansara Village at Damansara Jaya for a steamboat dinner. This is a steamboat restaurant opened by an ex-radio deejay, Patrick Teoh. Damansara Village sources it’s seafood from Pulau Ketam so you can be sure that the seafood serve here are fresh. There are many choices for you to choose from, from the number of ingredients sets they have on their menu. We opted for the ones with fresh crabs and live prawns. You can also order the more pricier sets which comes with fresh fish.