Recently, there was a search by The Star newspaper to get a feedback from the Malaysian public on the best restaurant in Kuala Lumpur which serves the best roti canai. Valentine Roti Kuala Lumpur is one of the top ten place to go to for roti canai. 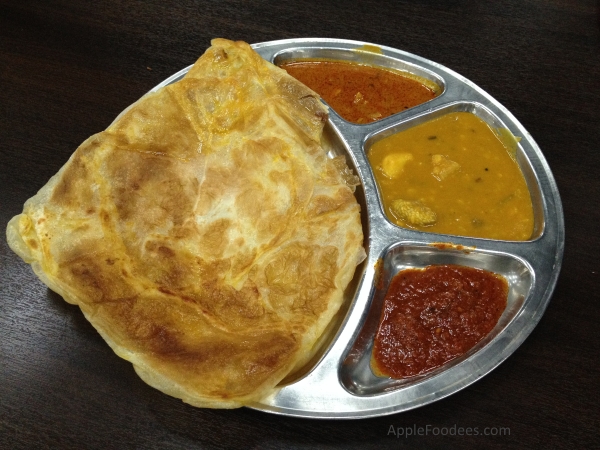 I have always love roti planta which is basically roti cooked with planta or butter. This roti planta was crunchy on the outside and warm and buttery on the inside. It was really good and it goes very well with dhal. 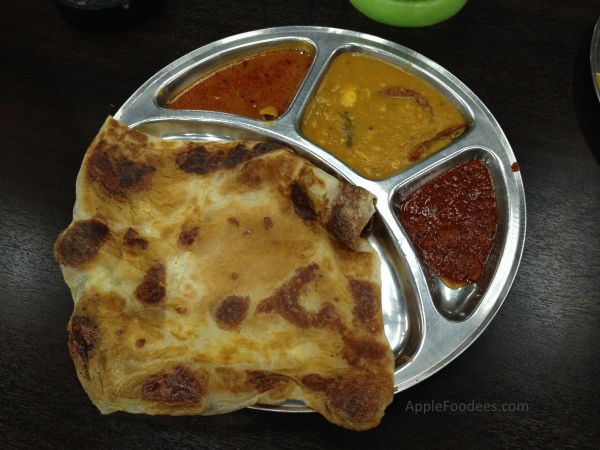 Next, we ordered their roti kaya which consist of kaya. If you like sweet roti, roti kaya is the one for you. And if you prefer salty roti, you should order their roti planta. Both are equally very good. 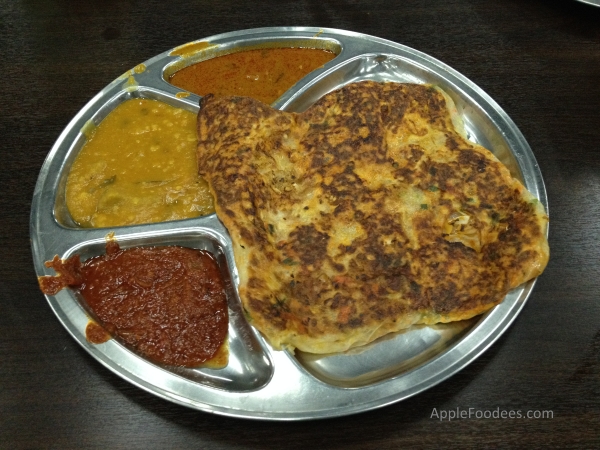 Roti Valentine is a must order roti in Valentine Roti. It basically consist of cabbage, onions, sardines and chives. As there are many ingredients in this roti, it is a wet version roti. So if you prefer crunchy roti, you should consider ordering the others. 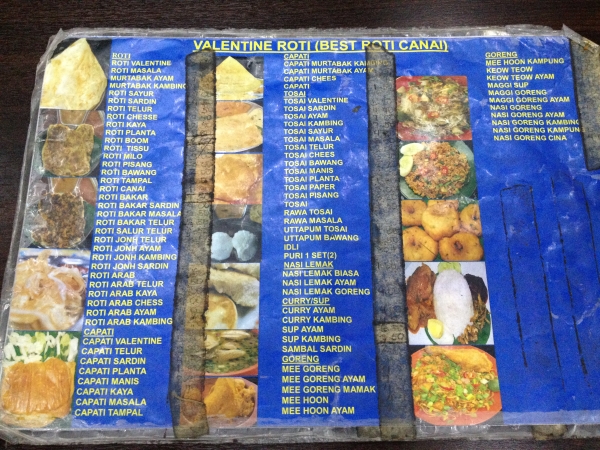 Here is their menu. Don’t ask me which is their best as I have not tried them all. But for now, roti kaya is my favourite. 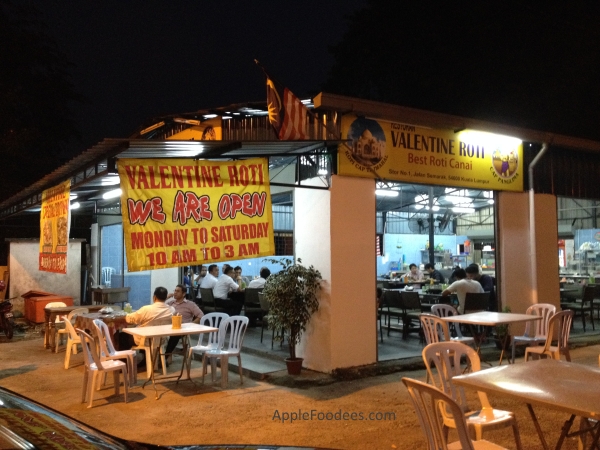 If I have the time, I would definitely come again. Valentine Roti is located opposite of Menara Celcom. You won’t miss it as it is the only roti canai restaurant there.