We bought a groupon coupon just recently to try out San Nae Deul’s Korean Ala Carte Barbecue Buffet at RM45++ (dinner). For your information, the lunch promotion is price at RM39++. Upon arrival at San Nae Deul Restaurant at Empire Damansara, we were surprise to see that the restaurant offers the same promotion. So from the customer point of view, there is no different buying from groupon than coming here straight without buying the coupon. What goes on between groupon and San Nae Deul Restaurant is none of my business but I assume the restaurant would earn lesser as they would have to pay some commission to groupon for advertising for them. That said, what I’m trying to tell you is that you do not need to purchase the coupon from groupon to enjoy San Nae Deul Korean Ala carte Barbecue Buffet at Empire Damansara. 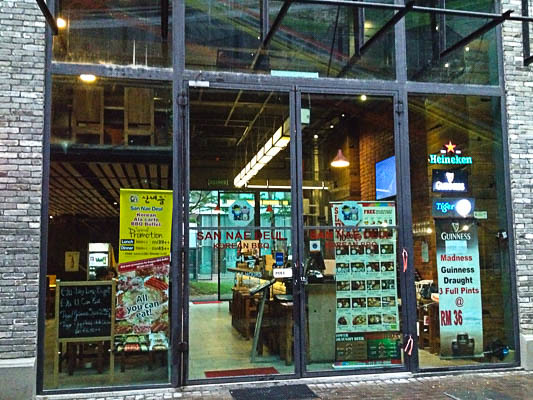 The menu is divided into 2 parts. Only items listed under the heading of ala carte buffet falls under the promotion. The others would attract additional charges. There are many things available on the menu (mostly meat). Here are some of the things we ordered. We had much more but I chose not to show here as my pictures are blurry due to the poor lighting at the restaurant and my lousy camera. 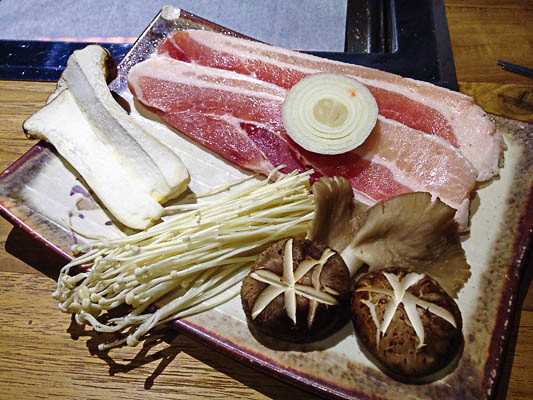 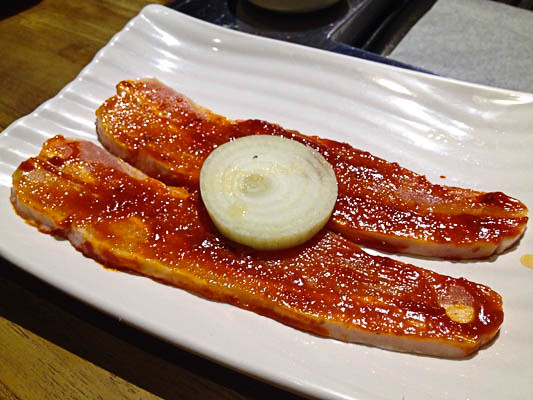 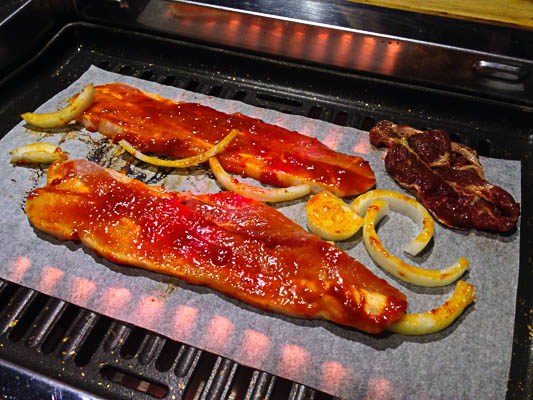 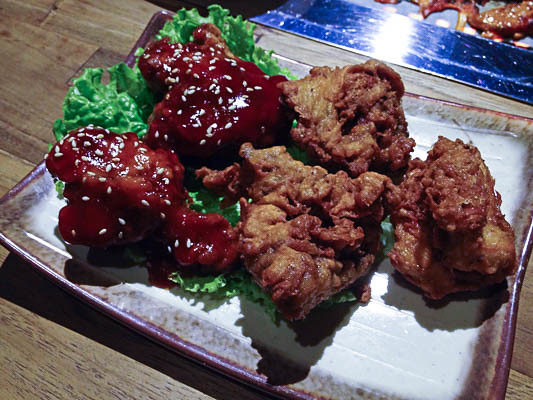 Condiments to go with the barbecue. 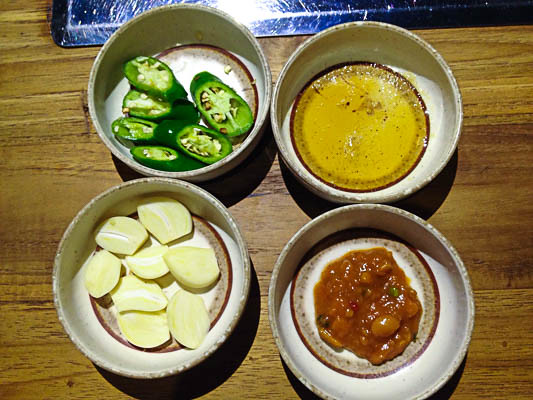 Banchan or side dishes. 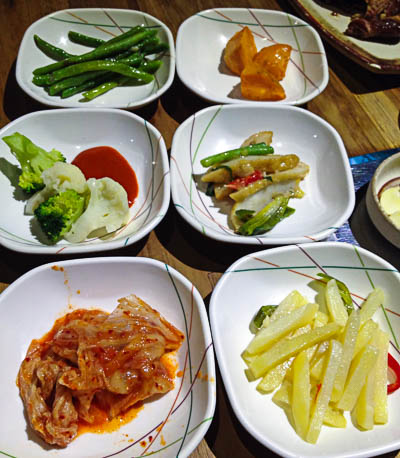 Overall, our ala carte barbecue buffet dinner was okay. 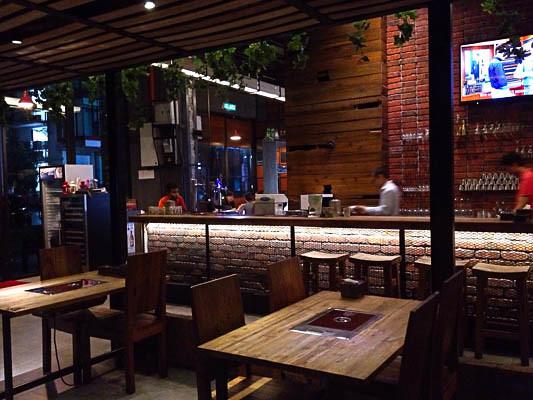 Details about this restaurant