There is a famous Soya Bean and Tau Fu Fa stall at Petaling Street and we decided to try it out over the weekend. It was just 9.30am and there was already a line of people queuing up in front of this stall. It is a known fact that if there is a queue, it must be good. There are only 3 items sold here – Soya Bean, Soya Bean + Cincau and Tau Fu Fa. You may have them in a cup or a bowl, or have them packed in bottles, bags and boxes. 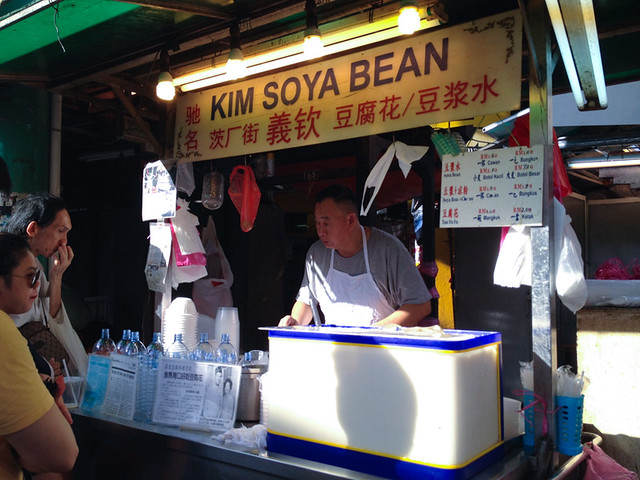 The Soya Bean @ RM1.60 a cup wasn’t overly sweet (otherwise, we would be drinking sugar water / fructose) and was rich and smooth.

The Tau Fu Fa @ Rm1.60 a bowl also, was custardy and thick. The soya bean and tau fu fa were reasonably priced and good, no wonder there are so many people queuing for them. The queue got a bit longer after we left. So to avoid waiting for too long, come early. 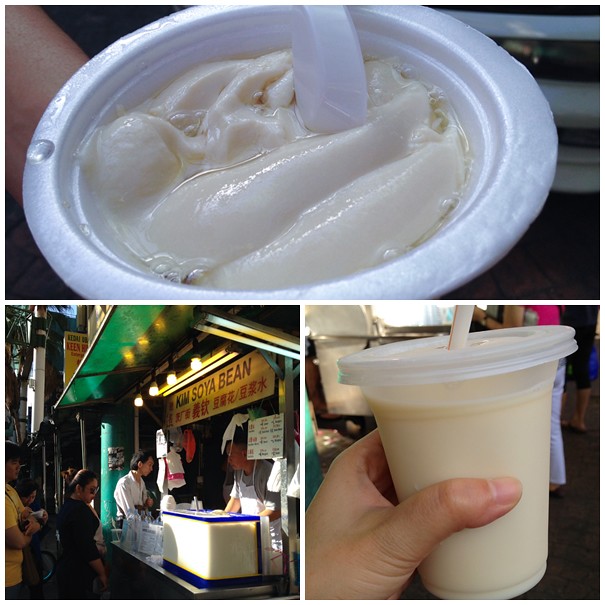