Many would think that it would be difficult to compete with existing businesses which had already conquered the market around the area. 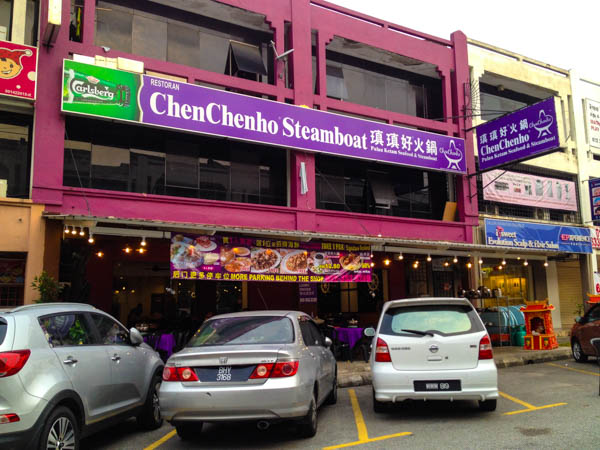 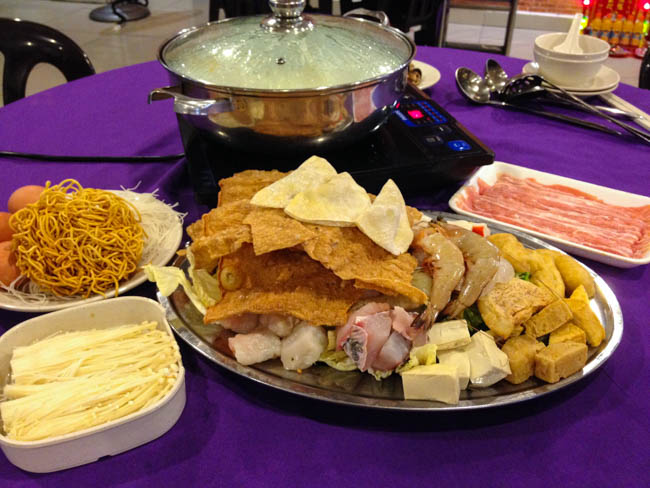 ChenChenHo claims to have originated from Pulau Ketam with more than 50 years of experience in serving daily fresh seafood and steamboat. Their main branch is located at Lorong Batu Nilam 21B, Bandar Bukit Tinggi, Klang. This is pretty good. I mean, who would in their right mind rejects fresh seafood ingredients? I know many wouldn’t. 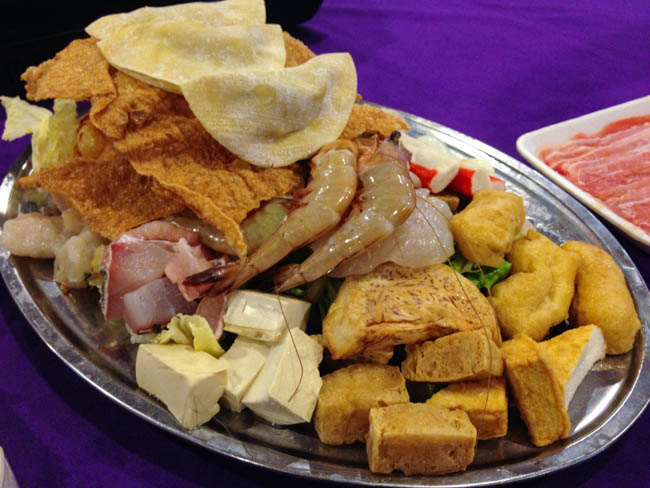 ChenChenHo was running a promotion that night. A promo combo for 3 pax is priced at RM67.00. This promo combo comes with a steamboat set for 3 paxs, a plate of pork slices and golden needle mushrooms. It also comes with a free dish and you could choose either the Fish Meat Bihun or the Kam Heong Clams.

There are not many seafood ingredients but only a hand full of them in our set. There are many different types of tofu though. The set may look a bit small here but the portion is actually quite large. 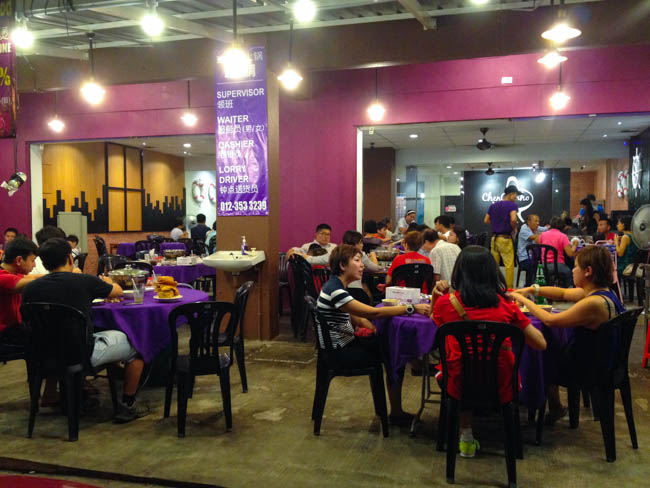 For steamboat, only the original clear soup is free of charge. The other soup bases are chargeable. The price differs depending on the size of the soup. The minimum order is 2 sets – RM16 per set OR 1 set plus another 2 additional cooked dishes. 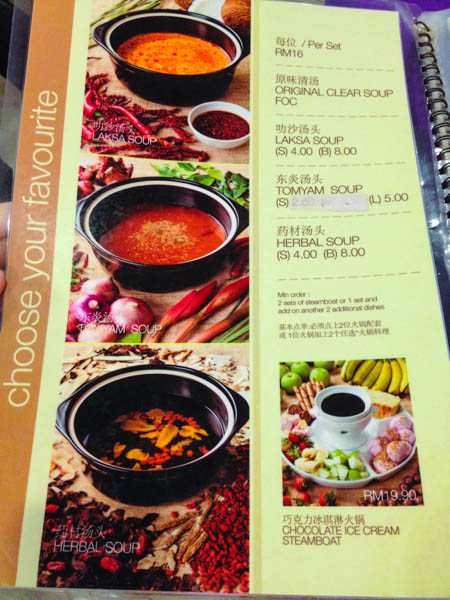 We have had many steamboats in the past and there’s one thing we notice. For other soup base like the tom yum soup base, the soup tends to be saltier the longer we boil the soup. That’s the reason why we always choose the clear soup base and occasionally the herbal soup base. Taking in too much salt is not a very good thing. 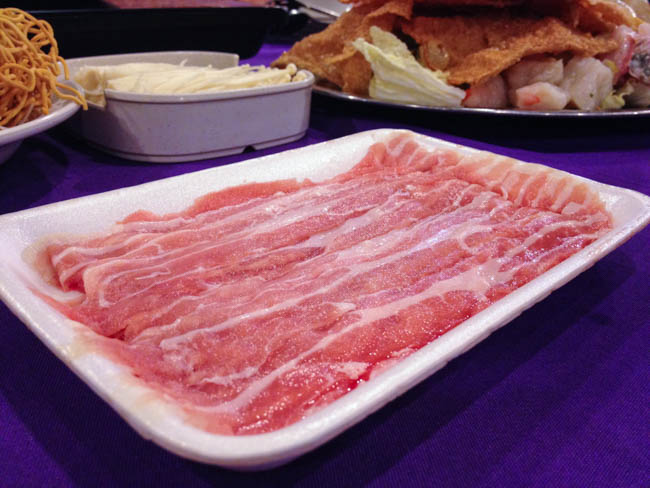 ChenChenHo’s menu is quite extensive. There are many items available here. Fresh seafood such as crabs, prawns, pomfret, live mantis prawns, squids and etc. You may request them to cook for you or you may use these fresh seafood ingredients for your steamboat. 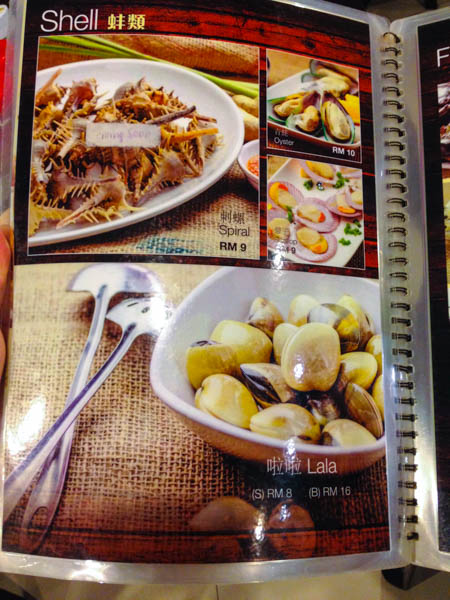 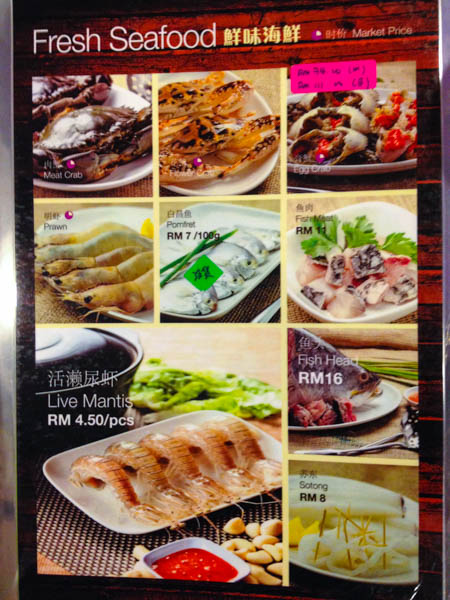 The prawns alone can be cooked in a variety of way such as Kam Heong Prawns, Steam Prawns, Black Pepper Prawns, XO Prawns and Thai Style Prawns. 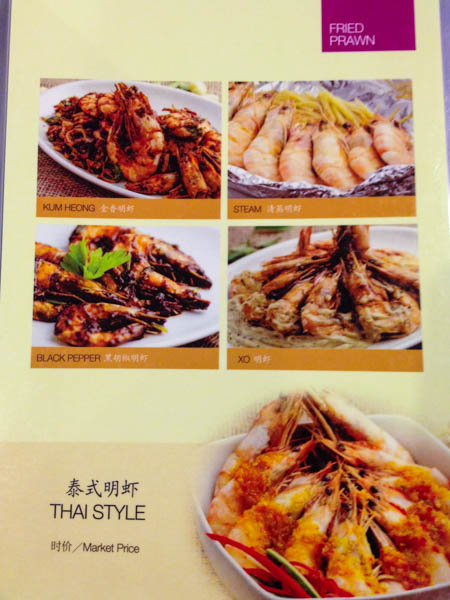 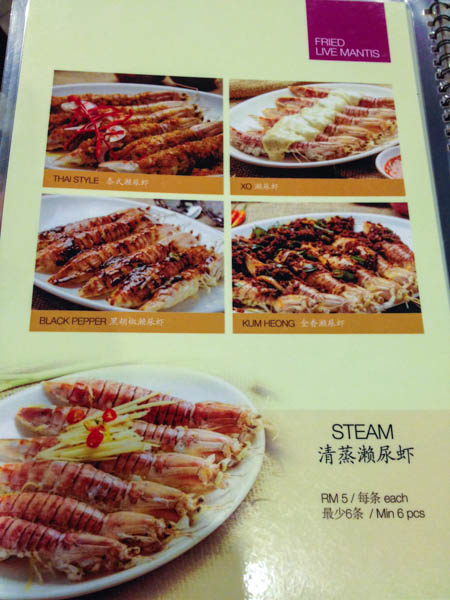 Looks like ChenChenHo Steamboat is here to stay. The restaurant was quickly filled up even though it was a weekday. They serve fresh food. The service was good. The ambience was good. I would definitely come back here for more.