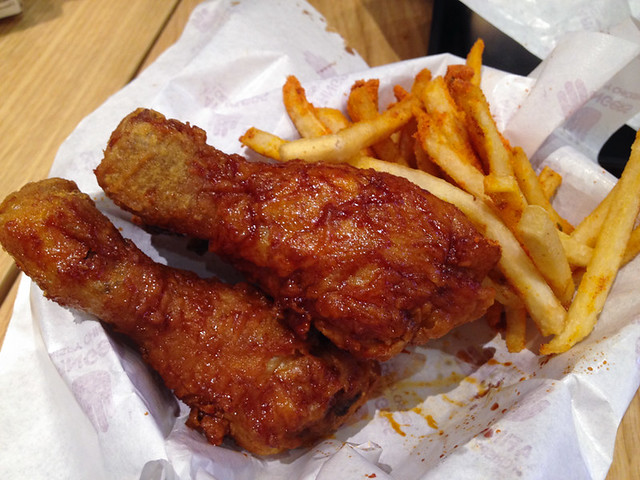 Launched in 2009, 4Fingers is well known for its 4Fingers crispy chicken. Chicken is 4Fingers’ core product and is delivered to their outlets fresh daily. Marinated with secret spices, the chicken stays crispy without turning soggy. The secret for keeping each piece of chicken crispy is in the way they “paint” / marinate and cook the chicken. 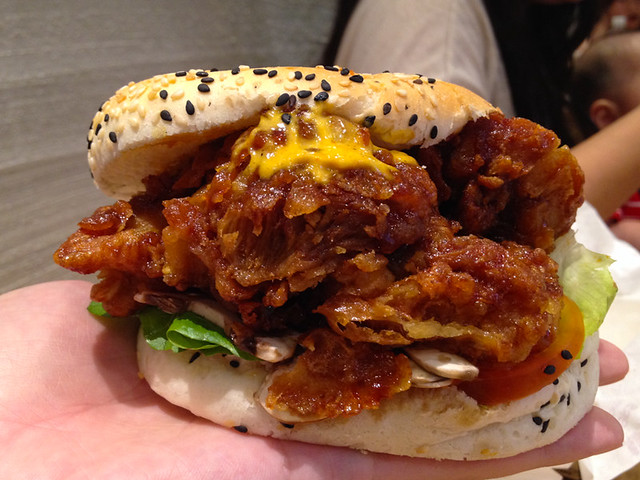 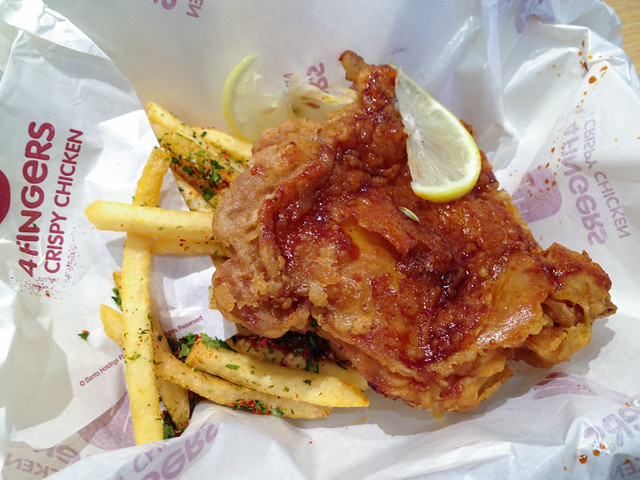 The Chicken Chop is a bit too tough. The chicken was dry which is disappointing because I have high expectation on their chicken chop as it looks promising. 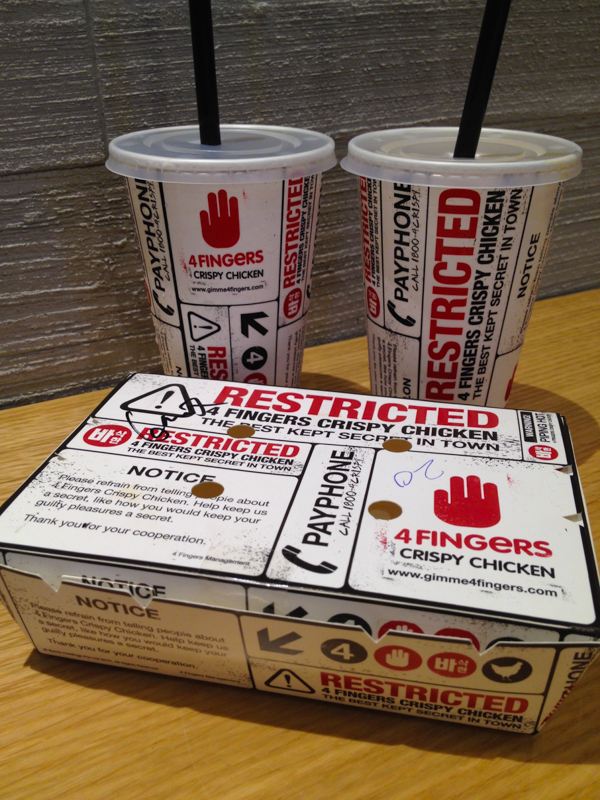 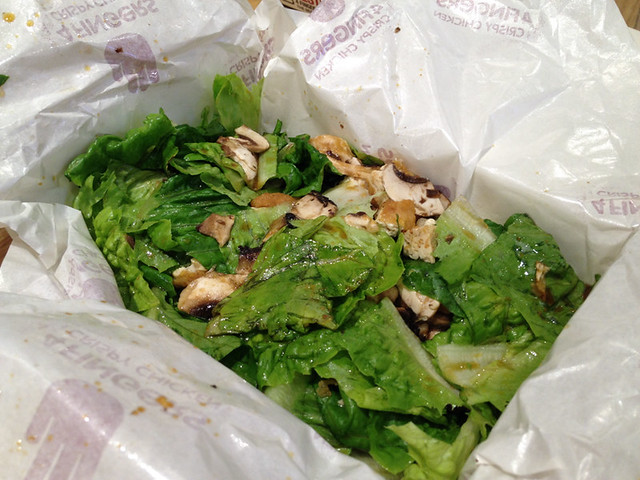 This Crispy Calamari is expensive. RM17.90 for roughly 1 squid (1 squid can be cut into a few pieces) is too much. The only thing special in this crispy calamari dish is the hot sauce which is used generally in all of its dishes. 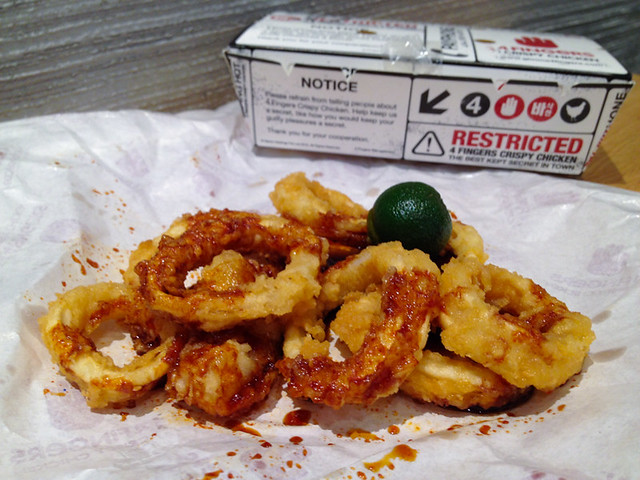 We were there during the opening ceremony of 4Fingers and the place was too crowded. Based on the crowd that had gathered that night, I estimate that the restaurant could accomodate around 50 people at any one time (excluding takeaways). 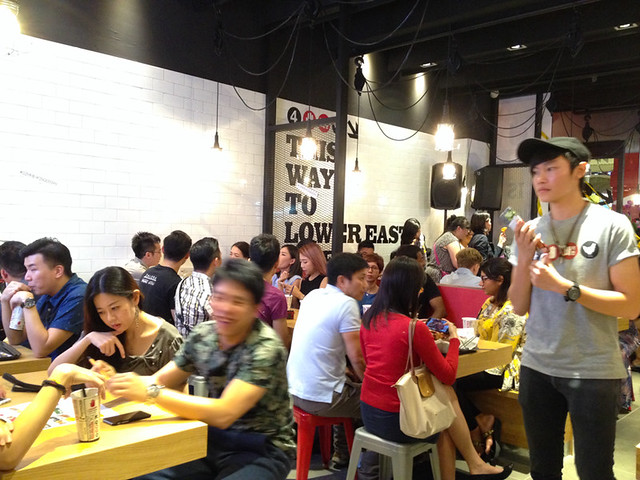 4Fingers practise the concept of ordering your food from the counter and get a buzzer. When your buzzer lights up and vibrates, head over to the checkout counter to collect your food. If you are familiar with In-N-Out Burger or Caliburger concept, the concept is just like them. 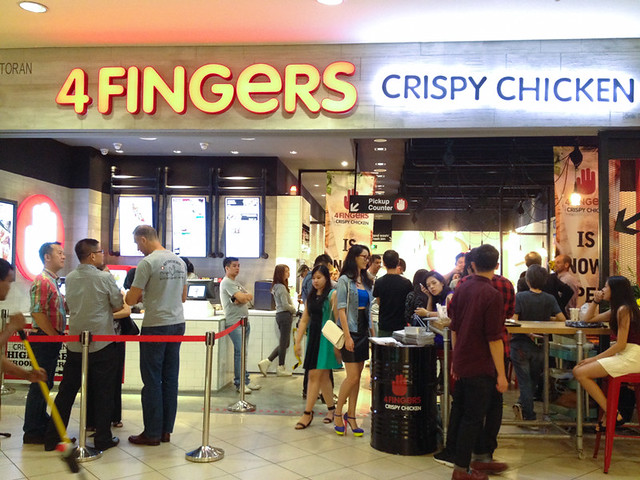 4Fingers also claims that their proprietary sauces are free of preservatives and MSG. Try them and let me know what you think about them below. 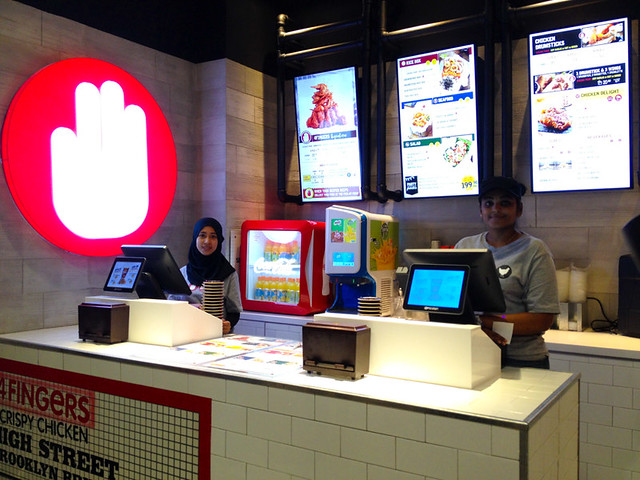