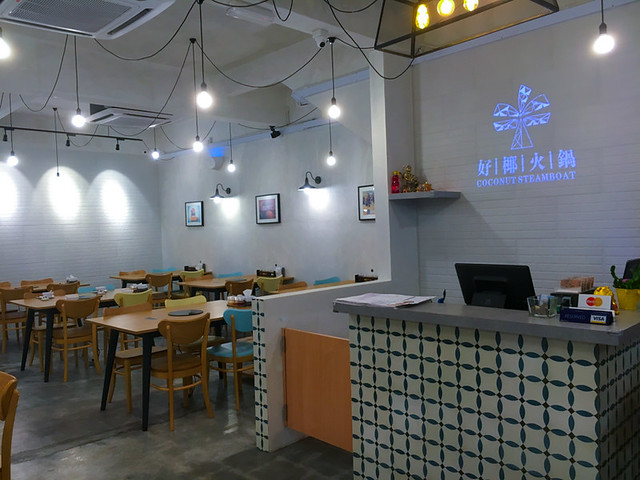 We had a chance to speak with the owner and was informed that the coconut water doesn’t have a specific taste and it changes depending on the quality of the coconut. Every day, the coconut water had to be adjusted to the exact right taste before it is served to their customers. So, it may seem simple – just use coconut water – but in reality, its not. A standard must be followed here. 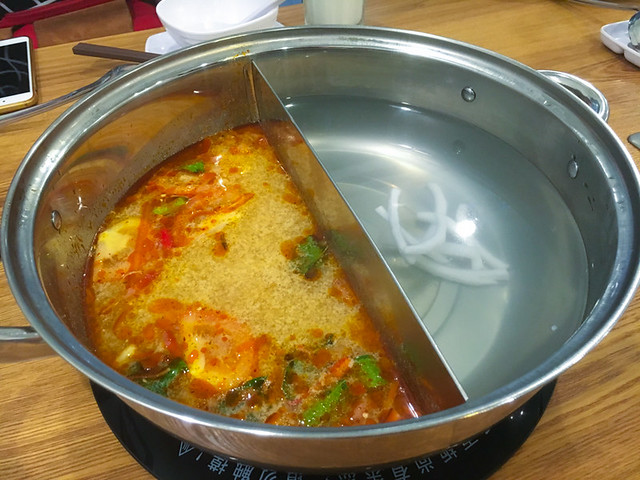 Boiling coconut water and coconut flesh for too long will cloud your soup with lots of things/foams floating on your soup but since very little coconut flesh is used here, you won’t get that problem. In fact, the soup was clear enough all the way to the end. 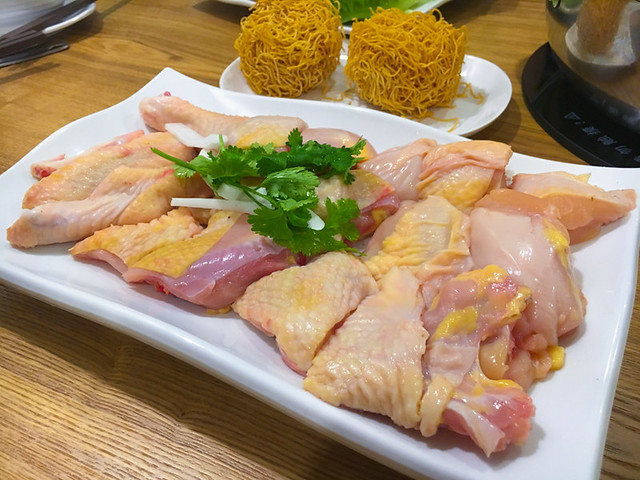 Since this steamboat restaurant is very different from the other steamboat restaurants around, the way and the ingredients done and served here are different. It is recommended that you first try their Kampung Chicken before everything else. This is a free range chicken with lean and firm meat. We ordered half-a-chicken @ RM29.00 which is shared among 6 persons.

You will be given a timer to time the time to cook the chicken – about 7 minutes. Thereafter, just dipped it into the sauce and eat it while its hot. This is the best way to have the kampung chicken as you’ll get to taste the original sweetness of the free-range fresh chicken. 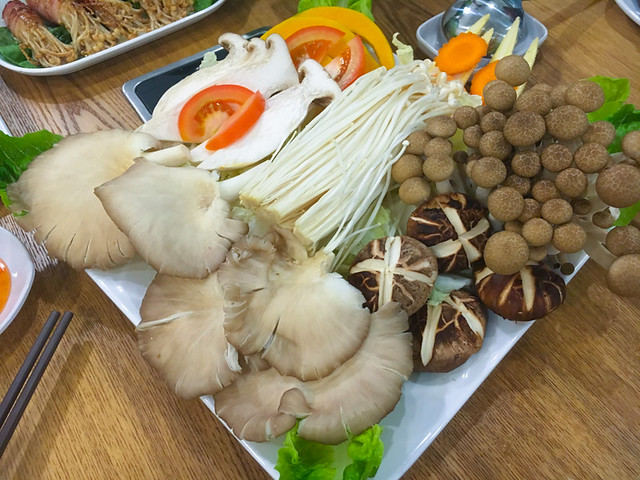 As for the steamboat ingredients, there are a variety of ingredients you can choose. We had the mushrooms – lots and different kinds of mushrooms. See, one full plate of mushrooms! 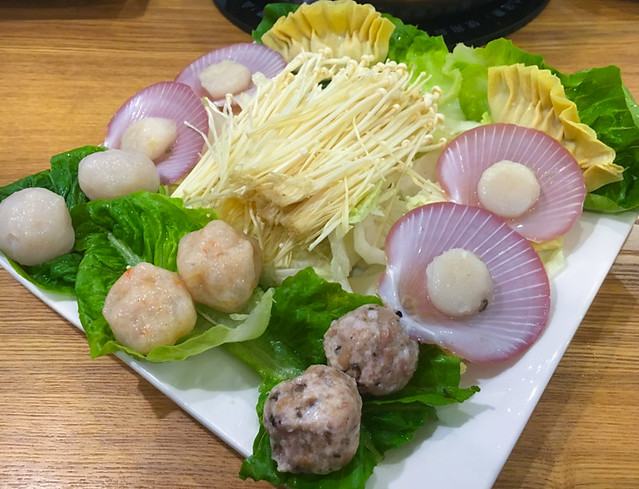 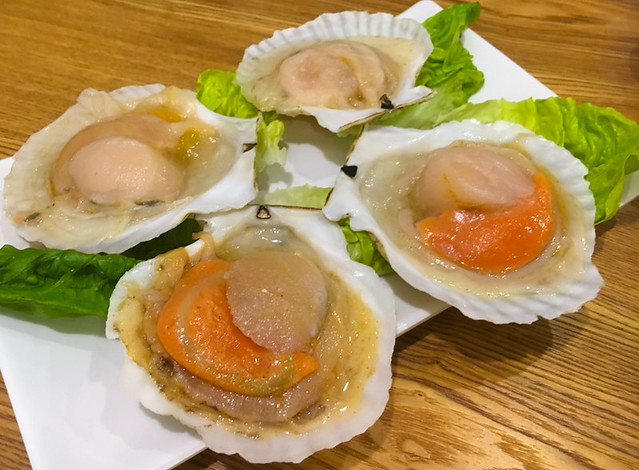 We also had another plate of enoki / golden needle mushrooms together with some sui kaws, scallops (fresh scallops are available as well) and special homemade items – meat balls and etc. You may also order sliced pork to complete your meal. Our sliced pork was a little tough and as you can see, there is not much fat on our sliced pork. 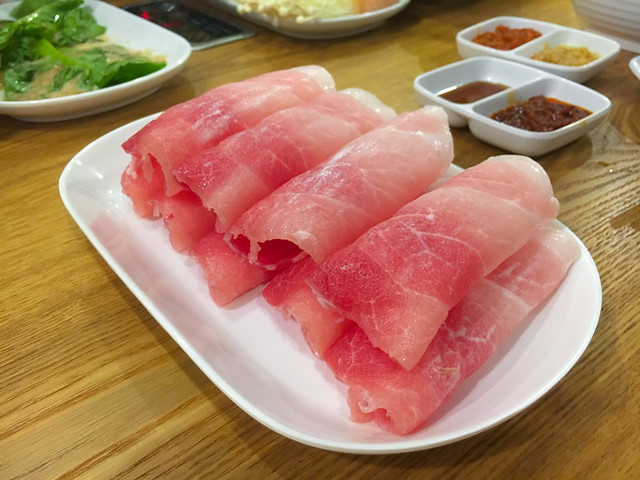 The fish paste doesn’t come in a plate where you have to scoop bit by bit into the soup. Here, you’ll get it in a tube. Just squeeze the nozzle and aim the fish paste into the boiling broth. The fish paste will come out in strings – just like noodles. 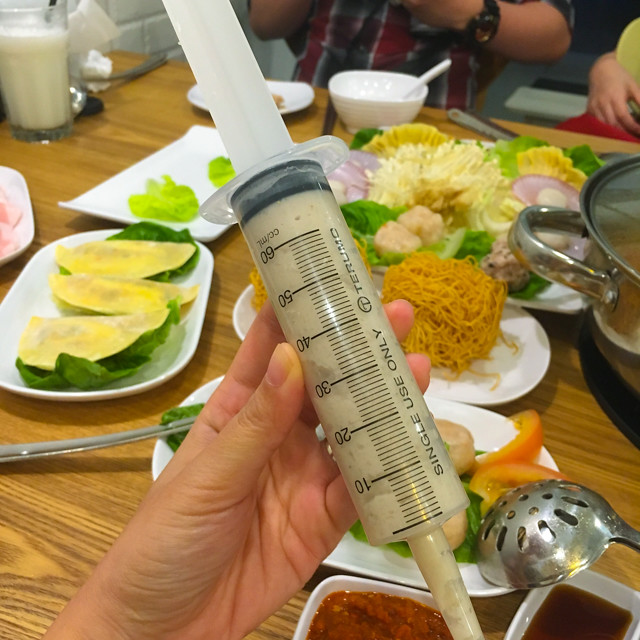 While waiting for your food to be cooked, you may also order some side dishes. These are just two of the many variety they have at Coconut Steamboat – Needle Mushroom wrapped with bacon and fried dumplings. 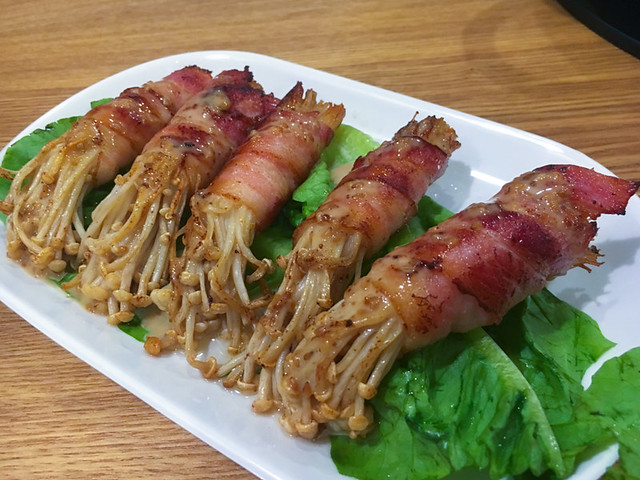 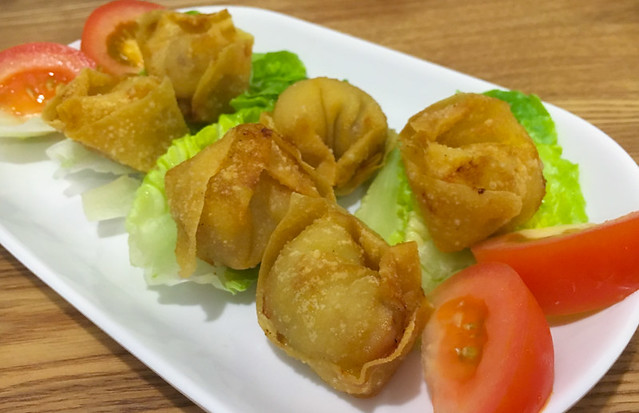 As for desserts, they only have one dessert, the Coconut Ice Cream. This alone is sufficient for their dessert menu as it literally sums up your ‘coconut’ meal here. How else can you end your meal at a Coconut Steamboat restaurant with coconut water base as the broth for your steamboat, if not with a coconut ice cream. The coconut ice cream by itself is a good reason why you should be here today. I’m not going to tell you anything else – just try it – I’m sure you’ll love it. 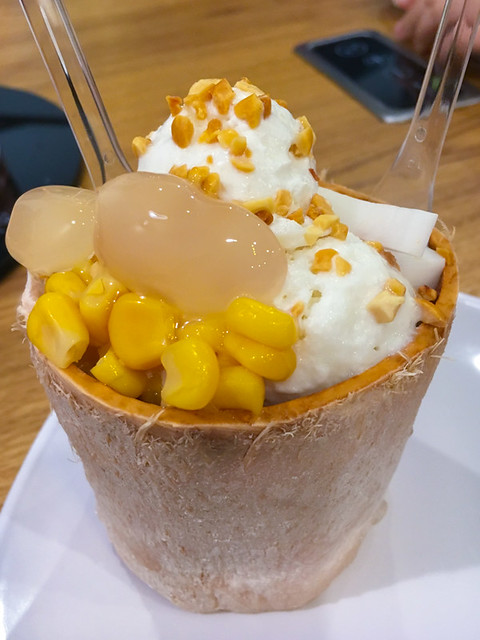